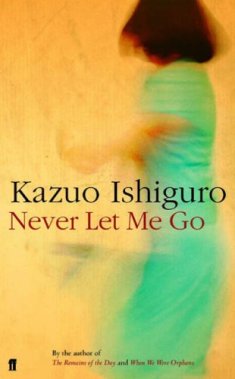 I read Never Let Me Go several years ago when I saw it in a bookshop and just decided to get it. I’d heard of it, it must have been around the time the film came out in 2010 so it was one of those books people were talking about. I was on my Masters back then, so I had to read what the others were talking about. To me, Never Let Me Go is one of the most beautiful novels ever written. The story is timeless as well as genreless and depicts perfectly the shortness of life and the tragedy of love.

Kazuo Ishiguro is a British-Japanese writer, born in Nagasaki in 1954 and moved to Surrey in 1960 so his father could begin research at the National Institute of Oceanography. Ishiguro then studied English and Philosophy at the University of Kent and an MA in Creative Writing at the University of East Anglia.

Never Let Me Go, his sixth novel, has been difficult to put in a set genre by critics. It’s set in 1990s England with qualities of conceptual science fiction. The way this subverts the genre is how subtle the concepts are written, as the story pertains to the old fashioned English countryside (not dissimilar to Ishiguro’s 1989 novel The Remains of the Day). It’s speculative fiction, as it places the normal English setting in a world where people can live well over 100 years old due to advances in medical science. The three main characters – Kathy, Tommy and Ruth – grow up in a boarding school called Hailsham. All the children there are clones who will live short lives in order to donate their vital organs to normal humans. The subtlety in which this is done is so startlingly well done that the science fiction drops out of its own speculation and the rest of the focus is on the characters as a love story.

The fact that, from an early age, the children are indoctrinated at Hailsham, they will, of course, try to be free once they find out the truth. What makes it strange is, similar to Aldous Huxley’s Brave New World, they sort of know who and what they are, they just don’t understand or cannot comprehend it. The story is narrated by Kathy who falls in love with Tommy from an early age. Her friend, Ruth, then manipulates him and as they grow older, Tommy and Ruth form a relationship, breaking Kathy’s heart. The three of them leave Hailsham at 16 to a residential complex called The Cottages. Here they make contact with the rest of the world. I think that the idea that they’ll soon die – that they know they’ll soon die – and at a young age, depicts their own self-sacrifice for humanity to survive. For others to survive rather than themselves. That they passively allow this is not only a commendable quality but also frightening in its own way. But the whole time Kathy is in love with Tommy. And to still tragically fall in love while their lives are merely medical devices for other real people (‘possibles’ or ‘originals’ from the film) shows just how painful human life can be. Not being who you are, still feeling love, but having to die for them. If I imagine Tommy’s organs going to the original Kathy – if he is a clone of himself and he must die to donate his organs, then this, to the woman he loves, must be the ultimate show of love through self-sacrifice.

Mary Shelley’s Frankenstein, I think, is one of the most interesting stories, had Hollywood not made out that it’s just a mindless horror story. 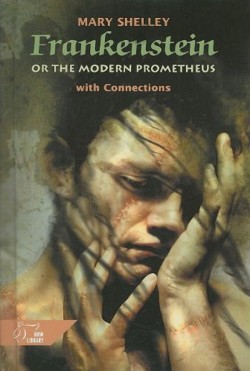 Frankenstein’s Monster escapes after being created and flees to the mountains, being afraid of people who are afraid of him. He stays in an abandoned structure near a cottage and grows fond of the family living there. He quickly learns to read books and becomes intelligent. He sees his reflection in a pool and sees he is hideous. But he still approaches the family, befriending the father who is blind. The rest of the family see him and run away in terror. Frankenstein’s Monster burns down the cottage in a fit of rage. He cannot understand his own existence and can’t come to terms with being alive. Does he have a soul or not? Who is to dictate who has souls or not? This is why Never Let Me Go is so interesting, the fact that Kathy, Tommy and Ruth are merely clones of themselves, somewhere in the world are the real versions of themselves. Ruth, at one point, thinks she’s found her ‘possible’ but it wasn’t. This makes Ruth think maybe they’re just clones of ‘human trash.’ Making them the lowest of the low. Their lives, to them, seem completely meaningless now. They are only to be used as medical devices. They shouldn’t really feel love, but again, who is to dictate who has souls or not?

The existential crisis of the story is the realisation that their lives are so short. It’s sad that they are sort of aware of what they are, but blissfully unaware of what this means. The notion of love implies a longer life because love is ignorant. The closer the three characters get to what is called ‘completing’ or dying, the more urgent it seems they must sort out their short lives. Ruth later admits she manipulated Tommy to be with her, as she selfishly didn’t want to be alone, when it was Kathy and Tommy who had been in love all along. There were rumours in Hailsham of a deferral, which means a couple in love could defer completing for about three years, showing how precious life is. But to prove their love they have to show pieces of art. Kathy and Tommy discover this was just a rumour and there never was a deferral – there weren’t art galleries to see into their souls, but to see if they had souls at all.

‘None of you will do anything but live the life that has already been set out for you. You will become adults, but only briefly. You have to know who you are and what you are.’

There is a greater sadness in the novel that moves away from existentialism and focuses more on the relationships of the three characters. I’m drawn to Norwegian Wood by Haruki Murakami and the coming of age, yet tortuous drama of Toru Watanabe. 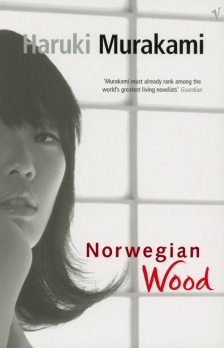 He had two friends, Kizuki and Naoko. After Kizuki commits suicide, Toru and Naoko have a short sexual relationship, then Naoko is admitted to an asylum. Toru then meets a girl called Midori and Toru isn’t sure whether he loves her or not, but it takes for the suicide of Naoko for him to understand Midori is the most important person in his life. Tommy, in Never Let Me Go, is an idiot – although he was manipulated – for having a relationship with Ruth from a young age when he knew, as did Kathy, that he and Kathy were in love from the start. What is tragic is that it took so many years, when they’re in their late 20s/early 30s to realise. Ruth ‘completes’ soon after she admits manipulating them. Her death finally pushes Kathy and Tommy together. However, now they have very little time together. The fact that their lives are so short, it emphasises that life itself is, in fact, short. Norwegian Wood ends with Midori asking ‘Where are you now?’ with Toru pondering the question. I think in the whole of Never Let Me Go, Kathy has been pondering the same question. Having met Tommy at a young age and grows up to see him in a relationship with her friend has broken her heart almost completely. That they can be with each other is good, but for such a short time seems pointless. But for the two of them, it was the most important thing to make such short lives complete.

The Myth of Sisyphus by French Philosopher, Albert Camus, examines man’s futile search for meaning in a meaningless world. Does the realisation of this absurdity require suicide? The answer: ‘No. It requires revolt.’ 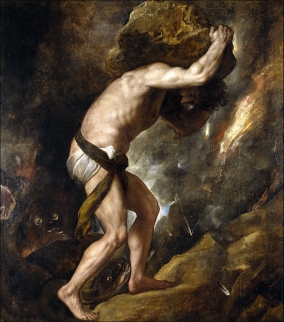 If we imagine the Greek myth, Sisyphus, who had to push a boulder up a hill only to watch it roll back down again, this represents our daily struggle in a seemingly meaningless life. However, Camus affirms Sisyphus as the absurd hero. Sisyphus is superior to his existence because he endures it, he doesn’t moan or complain, he just gets on with it. The essay concludes with Camus stating: ‘One must imagine that Sisyphus is happy.’ I think in Norwegian Wood it took the suicide of his two friends and the absurdity of life for Toru to finally accept it and admit his love for Midori. And in Never Let Me Go, Kathy, mainly, accepts the absurdity of life and its seeming meaninglessness, and still strives for Tommy’s love. The fact that her life is so short indicates even she is using hers to the full advantage than the rest of humanity living over 100 years old, as she is aware of what little time she has.

For me, Never Let Me Go is one of the most beautiful novels ever written for the shear fact that it created a terrifying existence that seems so possible. The frightening idea of being a clone is to not be who you are. To lose your sense of identity is to lose everything about yourself. Your life, your soul. This story is not only this frightening landscape, but conveys how these people would cope, building relationships and feeling different emotions, those little things that ultimately make us human. Kathy and Tommy, I think, managed to accept this existence the way Frankenstein’s Monster could not and the way Sisyphus could. They had strived to find meaning in a meaningless existence. 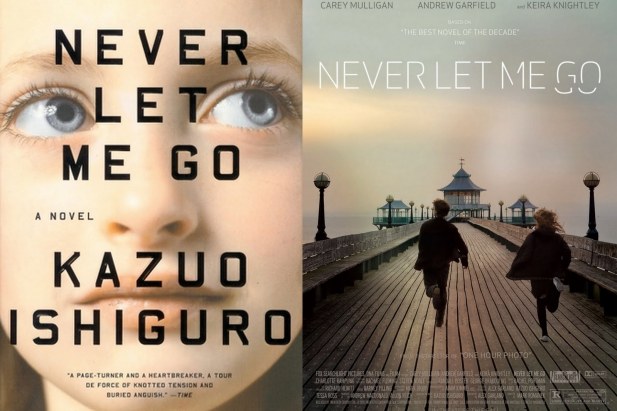