This is a list of 20 books that have had some sort of major impact on me as a writer. 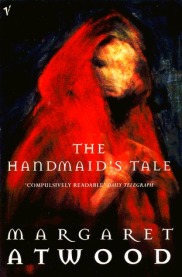 I read The Handmaid’s Tale when I was about 16 or 17. I was in school and back then I wasn’t much of a reader. I was drawn to this book because I’d not read what I’d later understand as speculative fiction. I liked that kind of story – it wasn’t the everyday life stories nor was it the typical science fiction – this was in the middle and it peaked my interest. It was the kind of fiction I’d later read in Children of Men, 1984, and Brave New World. It was fiction my young mind liked because it was using the imagination in a way I’d not seen before.

19. The Myth of Sisyphus – Albert Camus 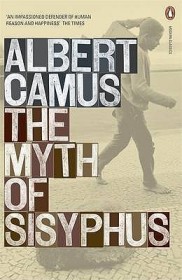 The first non-fiction book on this list is The Myth of Sisyphus, which I read when I was about 24. A workmate of mine told me about Camus. I’d not heard of him, but he told me I’d like his work. He leant me his copy (which I still have to this day) and it was non-fiction. I wasn’t used to reading non-fiction. I thought I was only supposed to read fiction since I wrote fiction. It was a very interesting take on existentialism and life itself from an almost individual point of view. Sisyphus was punished to push a boulder up a hill until it fell back down and he did it again like pointless work. As a worker, I became miserable. But ‘One must imagine Sisyphus happy.’ 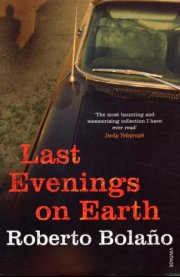 The first collection of short stories is Roberto Bolano’s Last Evenings on Earth. I knew of Bolano from 2666, but his short stories stuck with me. I particularly remember the poignancy of Bolano’s stories which reminded me of Raymond Carver a bit. The stories The Grub and Anne Moore’s Life are beautiful stories told with a realistic sadness, which I hadn’t seen any other writer do. 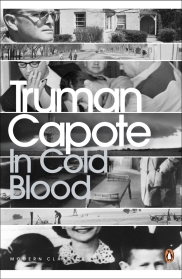 I read In Cold Blood, another non-fiction book, when I was in school and I was around 15 or 16. I think it was a substitute teacher who gave us a book report assignment. I just took any book from the school library. I loved the detail in the writing. It was non-fiction but it was written like a novel. It made the murder-case sound like fiction, but the whole thing was true, which made it much more frightening. I kept the book from the library (there are worse things a teenage boy could have done) and I still have it to this day.

16. Love is a Dog from Hell – Charles Bukowski 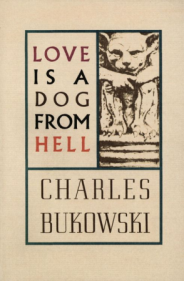 The first poetry collection on the list is Love is a Dog from Hell by Charles Bukowski. My creative writing tutor at the University of Central Lancashire told me about Bukowski, said I’d like his work since I was at the beginning stages of my writing life and was trying these transgressive type stories. I loved Bukowski’s novels, but I found his poetry much more accessible. They are very simple, sometimes unpoetic, as though giving a middle finger to the elite. But the reason his poetry is good is how mundane and trivial and yet they have such a lovely sadness that’s completely heartbreaking in his own alcoholism. 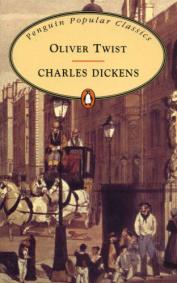 Oliver Twist was probably the first book I had to read when I was at university. I was about 19 and was taking it seriously and I got right into the story. Dickens’ style of writing tells a good story with the ability to connect different characters for certain reasons. Oliver Twist showed me a person’s life story can work into a novel. It also showed me how bad things can happen to good people, which happens in life and makes good drama. 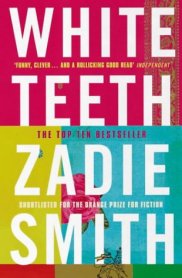 I think Zadie Smith is one of the best writers going today. Her first novel, White Teeth, is on this list because of how the writing style has so much going on at once, so much detail, with a subtle darkness. Smith writes well with intertwining character plots, showing how you can write separate lives for separate characters. I love the British style of pathos and humour, something I strive to do as well. 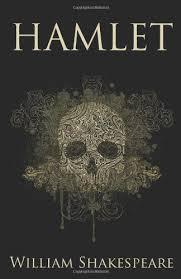 The only play on this list is Shakespeare’s Hamlet. I never actually studied Hamlet in school, college or university. But I was always intrigued by Hamlet so I thought I’d give it a go. I won’t lie, it was a little strange to read a Shakespeare play in my own time and not academically. I’m glad I did. Hamlet is an incredible story of revenge, tragedy and even some existentialism. It gave me some inspiration for my first novel, too. 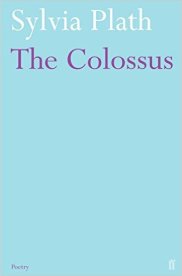 Sylvia Plath has been a huge influence in powerful imagery. I’ve always thought she was someone who had a lot to say about her life and wasn’t afraid to say it. I read The Colossus while in university when I was about 20, I’ve read her other books, but this one has stuck with me. I still flick through the pages of my copy, looking at how she uses description like no one else, as though she’s invented the very practice of describing. Her words are filled with more and more meaning, which I admire. 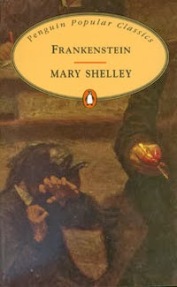 I read Frankenstein during university in 2006. I thought it would be good to read this, but I wasn’t expecting much, because of the Hollywood idea of Frankenstein. But after I read it, I think it’s one of the most interesting stories I’ve ever read. The whole horror icon of Frankenstein took something away from it, I think. It’s a story of existence and finding your place in a world where you don’t belong. After Frankenstein’s Monster is created from body parts, he becomes self-aware and educates himself with books. He just wants to fit in, but realises he is frightening to look at. He then questions whether he has a soul or not. He questions his entire existence. He just wants to be accepted and know what he’s supposed to be. 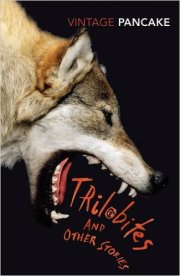 Another short story collection is Trilobites and Other Stories. I was attracted to the wolf on the book cover and when I read about Pancake I was intrigued. It was the only book he wrote before his suicide at a young age, the reason for which is still unclear. The story that sticks out the most was A Room Forever which is written in a similar simple yet vivid style to Hemingway. It is written in such a way that it hurt me to know that, yes, these things happen in life.

9. The Perks of Being a Wallflower – Stephen Chbosky

I was becoming a better reader when I was about 18. I’d begun writing poetry and short stories more often and I’d found an interest in books. My brother’s friend from America came to visit him one summer and she gave him The Perks of Being a Wallflower. He’d noticed I was becoming bookish so he gave it to me to read. I loved it. I related to the narrator, Charlie, a lot. It’s an epistolary novel, so it’s written in the form of letters to his friend. Charlie was was going through a sad, depressive time while young as well, and I took a comfort in that. My brother knew how much I liked it and he bought me my own copy later on. 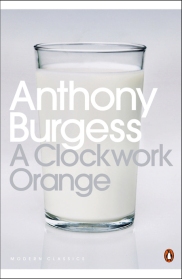 I read A Clockwork Orange when I was about 23. I made the effort to read more widely and I’d seen the film A Clockwork Orange so I thought I’d read it too. I didn’t realise how it would blow me away with its use of language. Written in a made-up slang, Nadsat, it’s difficult to read but it all falls into place as you read it. I’d not seen such creativity and it opened my mind to the freedom you can have with language. 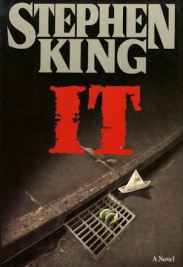 Stephen King’s novels are very accessible, but IT stayed with me because of the depth it goes into. It’s more than a horror story. It goes into such detail with each of the character’s relationships and lives. There’s a history since we see both their childhood and adulthoods and also the history of the town. This book opened me up to how you can use fictional histories as though they were real to make up a world in itself. It also showed me how children work well as characters – something I’d use in my first novel. 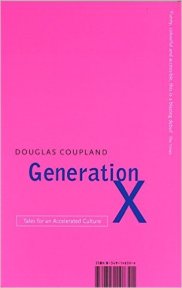 Generation X is, to me, a defining novel of characters and society. I remember its bright pink cover in the shop and I was drawn to it. I just loved the disenchanted tone of the characters and I liked how they disliked society. I thought it was kind of funny that fictional characters could be so cynical. I’ve always remembered how the three characters drove out the the desert and started telling each other stories, which still inspires me today when I have a character tell his own story within the story. 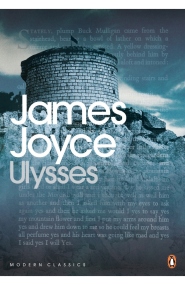 The same tutor from UCLan who told me to read Bukowski also told me to read Joyce. I suppose he saw I was trying different things with language and Joyce was the master at this. Ulysses is a difficult read because of the stream of consciousness narrative which throws words in here and there. But this kind of narrative falls into place as you read it, as it’s just like internal thought. Joyce was a genius who wrote a seemingly unstructured and chaotic piece of work, which is actually quite structured and filled with enigmas. Ulysses showed me you can play with language and have absolute freedom as the writer. 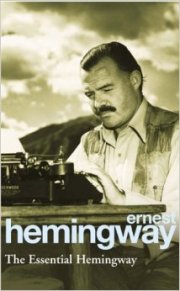 I chose, of all Hemingway’s works, his short stories because one in particular had a massive influence in the way I write. Hills Like White Elephants is a simple story about a man and a woman having a conversation at a train station in Spain, waiting for the train. That’s it. All the meaning and story is embedded in their dialogue. The simplicity of it still affects me to this day and almost all of my short stories turned into two people having a conversation about something. 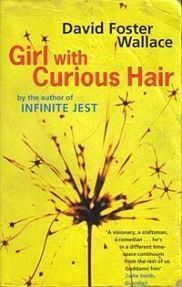 The fourth collection of short stories on the list is Girl With Curious Hair by David Foster Wallace. As one of my favourite writers, I could have put all his books in this list but I chose Girl With Curious Hair because I found his use of language, creative descriptions, dark humour and the ability to talk about trivial things for pages without losing interest. I love the talent Wallace had for keep his reader’s attention and I often use my copy as a reference book, flick through it and figure out how to construct good sentences. 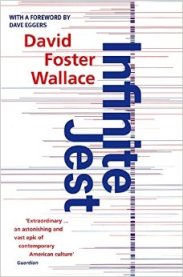 Okay, I chose another David Foster Wallace book. Infinite Jest is on the list because I find it to be a work of genius. It took me a long time to get through it but it was worth it to read a story in so much detail with almost mathematical plot connections. This book showed me what you can do with skill as a writer, and that you can put so much of yourself into your work. Infinite Jest is inspiring in its ambition but also the fictional universe it creates. 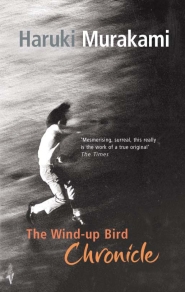 The book that has had a major impact on my writing is The Wind-Up Bird Chronicle by Haruki Murakami. This book inspired my first book in a way no other has. Murakami’s characters are the kind of characters I’d love to have written – they’re weird, cool, mysterious and funny. The story doesn’t stay in a straight line either. The digressions are interesting but they even add up to something and a have a point. For this reason, The Wind-Up Bird Chronicle is one of the best books I’ve read.