I think a number of companies could take advice from Radiohead’s marketing team since even I was on the proverbial bandwagon for their new album, A Moon Shaped Pool. 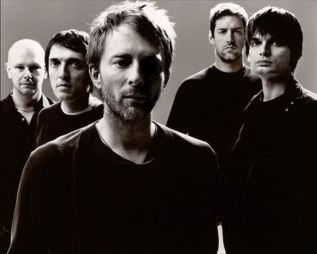 They’d deleted their entire online presence, which strangely attracted an audience. I noticed people quoting their song lyrics like ‘Is this really happening?’ from Idioteque or ‘How to disappear completely,’ from the song of the same name. But with small segments released on Instagram of Camberwick Green-like animation for Burn the Witch, they piqued the interest of not just their fans, but music critics and anyone using social media as a band who are masters of hype. But to get this kind of interest from a band going since 1985, it seems to show their importance and reverence on their platform – a presence not seen since the likes of Nirvana.

A Moon Shaped Pool is their ninth album since their 1993 debut, Pablo Honey. All of their albums were reviewed with 4 or 5 stars, but Pablo Honey began their career with a respectable 3 stars. It was the single, Creep, that elevated them onto the music scene, the worldwide stage of guitar music. ‘The history of bands having a big hit like that on their first album is that they don’t go anywhere,’ Radiohead’s Ed O’Brien said in a 1995 interview.

It was as though they should have been one-hit wonders, but as soon as The Bends came out, they immediately took to the international stage, regarded as important instigators of alternative and indie rock.

Nirvana came to an end with the untimely and unfortunate death of Kurt Cobain in 1994. It was around this time when guitar music – more specifically grunge – was gaining popularity in its own scene. Pearl Jam, Alice in Chains, Soundgarden, Melvins, Mudhoney. Grunge – or the Seattle sound – mainly revolving around the record label, Sub Pop, infused punk rock with heavy metal and used a lot of distorted guitar sounds. These latter guitar

sounds were the obvious influences of noise rock from such bands as Sonic Youth, Pixies and the Butthole Surfers. Nirvana were the most popular band out of the grunge scene and took the international stage with the 1991 release of their second album, Nervermind.

Nirvana had three studio albums – Bleach, Nevermind, and In Utero – before Cobain’s death, the latter two striking a chord with the world’s youth as this was a band who had something to say. That’s what made them so important in their time. They spoke to their audience and were saying things no one else was saying. Nirvana were active between 1987 and 1994 and this was a time when young people were disenchanted with the world and society. There had been other counterculters such as the hippies in the 60s and the punks of the 70s and 80s, but as times changed, young people needed something else. The typical teenage angst coming out of the grunge scene and Nirvana of social alienation, apathy, and a desire for freedom gave these kids something to care about. It spoke to them and seemed like finally someone was listening to them. This was why Nirvana were the most important band of their time.

Again, times have changed impact on culture, the quality, their reputation, and their influence on others. Radiohead have been consistently great, even with three consecutive 5-star albums – The Bends, OK Computer, and Kid A – at their peak, every subsequent album has been a 4-star or 4.5-star album. In Rainbows, respectively, was a 5-star album.

But it’s not just the number of stars in their reviews, 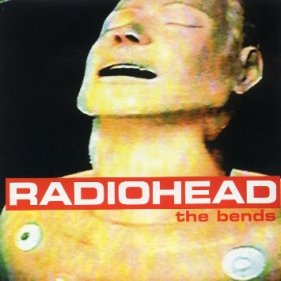 it’s the way Radiohead make music and deliver it. Not only have they been consistently great, but they’ve adapted to the changing tides of the music scene. They began when grunge was happening, Pablo Honey had that distorted, grungy, noise rock feel. And like Nirvana, it was their second album that planted them firmly into eternal music importance. The Bends showed that they could do what they wanted to do. They weren’t just making guitar music like everyone else, they were showing their lyrical brilliance. In the year 2016, young people want something different. There’s always going to be feelings of social alienation, but it’s different now from the 90s MTV teenage angst that used to be. Radiohead began when Nirvana were already huge. Nirvana were gods and Radiohead were pretty much unheard of.

But since 1994, who has taken the stage to be just as important? It’s not to say record sales because in the 21st century, downloading music clouds that judgement. It’s easier these days for popularity to sky-rocket regardless of how good the music is. The meaning of importance comes from the band’s personal angst and depression, an alienation in a post-Cobain world.

In 1997, OK Computer cemented them permanently in music history, highlighting their intelligence in songwriting and music-making. They began on the road of experimental music. 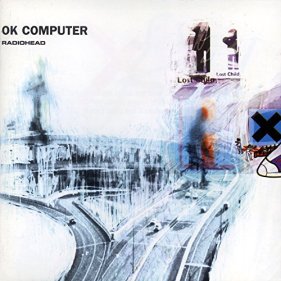 Themes of consumerism now relevant as the world of big-business grew, and social alienation, emotional isolation, and political malaise became things no one else was saying but what everyone was thinking. Kid A showed them grow as they used an electronica, ambient sound, creating a haunting dynamic for a new kind of alienation: dislocation, impotence, numbness, with oblique images of no future.

Amnesiac in 2001 experimented with jazz and classical music. They began segments of non-lyric instrumentals as well as lyrics on themes of freedom and of someone elected into power and betraying them. Notably You And Whose Army? which is seen as a reference to Tony Blair.

My favourite album is 2003’s Hail to the Thief. Again, staying with the times, it draws upon themes of the war on terror and right-wing politics. Experimental, art rock and electronic rock, it’s an important album that chooses to deal with fear. People were frightened around this time due to terrorism and war. Politicians became warmongers and no one else was writing songs like this. It spoke to everyone who felt alienated and afraid and angry at how their country was being run and at the people dying around the world. Good and evil, Heaven and Hell, were consistently appropriated to highlight the world in which we lived.

In Rainbows in 2007 was their next 5-star album since Kid A. It was 22 years since they began making music and still they were bringing out music like this. What other band had done that so consistently? Probably described as their most ‘human’ album, as it explores more personal feelings and fears. An irrational fear of death, being trapped in your own consciousness. There’s a transient darkness here, no politics, just a human terror. Thom York had said it’s about “that anonymous fear thing, sitting in traffic, thinking, ‘I’m sure I’m supposed to be doing something else’ … it’s similar to OK Computer in a way. It’s much more terrifying.”

In 2011, they released The King of Limbs, which had themes of wildness and the environment. It’s the most ambient and electronic sounding album which was mainly about rhythm. “Rhythm is the king of limbs!” Ed O’Brien said of it. I think this highlights their skill in not only songwriting, but in music-making. It’s easy to gratify an audience with repetition, but to progressively create new and different music is a skill in itself.

A Moon Shaped Pool sounds almost heartbreaking with its themes of love, forgiveness and regret. It’s the most ambient of all their albums and only Burn the Witch seems to have a generally fast tempo. Burn the Witch may be political, touching upon right-wing politics that dominate society in these times, and the dangers of scapegoating certain of types of people. Pitchfork said it’s a criticism of groupthink and The Guardian said it addresses mass surveillance and self-policing of social-media.

Daydreaming defines this album, I think. It sounds hauntingly dream-like and pessimistic. ‘Dreamers, they never learn.’ The song ends with Yorke’s voice slowed down and reversed so it sounds like someone out of breath and ready to give up. (He’s saying ‘Half of my life’ which has been suggested it’s because he’s reached middle age, and it’s also the time of his split with his wife, whom he’d spent half of his life with). True Love Waits is a terribly heartbreaking song and a perfect end to the album. The fact that this song was actually written in 1995 shows not only Radiohead’s progression and change, but their clever consistency throughout.

Radiohead don’t pander to an audience, which isn’t an arrogance, but a kind of intelligent independence. Their Dyleneque change in sound throughout the years and being able to consistently bring out good music is rare.

“They are hip but not assholes. They are likable but not prissy. They don’t whine, they don’t cry, and they don’t write sing-a-longs for 15 year old girls. They do their thing the way other bands can only dream of.”

— Jeff Becker ‘The Way That He Sings’

Bob Dylan had the skill to change his image completely and he never went to his audience, his audience came to him. Similar to when Radiohead deleted their entire online presence, people came to see. They were anticipating what they had to say next. It’s an important quality to have: to have something to say and for people to want to listen. They’ve adapted with the times and used a grunge-like feeling of alienation and sang about different kinds of alientation over a perioid of 23 years since their debut.

Radiohead is a band with something to say. And like Nirvana, they’re saying what we want to hear, it’s like someone listening to us. Radiohead aren’t the next Nirvana. Radiohead are Radiohead. They are a band who have an important place in today’s music, who don’t pander to the music industry, who do things their own way, and who consistently make good music. There isn’t a band right now as important as Radiohead. 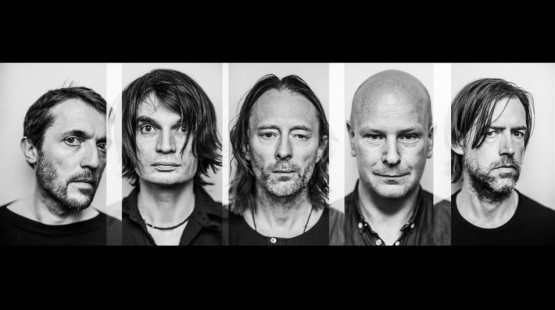